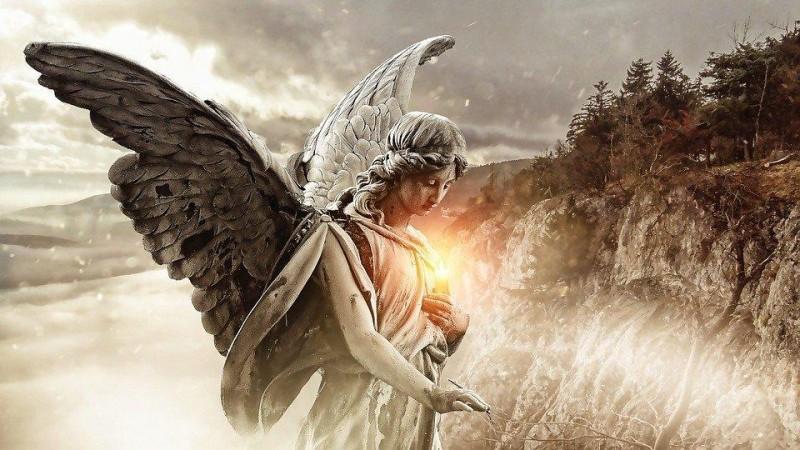 What is the appearance of angels in Christianity? What was the purpose of their creation? What exactly do angels do? Angels and angelic beings have always held a special place in the hearts of humans.

Artists have attempted to capture depictions of angels in the paint for hundreds of years. It may come as a surprise to learn that the angels in the Bible are presented in a completely different way than they are generally shown in paintings. (Have you ever seen those adorable tiny chubby newborns with wings?)

The majority of angels in the Bible are described as having the appearance and form of a man. Many of them, but not all of them, have wings. Some individuals are larger than life. Others have numerous faces that appear to be a man from one angle and a lion, ox, or eagle from another angle, giving the impression of being a man and an animal. Some angels are bright, sparkling, and flaming, while others are more like ordinary humans in their appearance.

Angels in Christianity are considered to be God's agents. Various works of Christian theology have created hierarchies of angelic entities, which can be found in the Bible. The most influential Christian angelic hierarchy was that proposed at the turn of the sixth century AD by Pseudo-Dionysius the Areopagite in his work De Coelesti Hierarchia, which was widely read and studied throughout the early medieval period (On the Celestial Hierarchy).

What Does Christianity Say About Angels?

How Many Angels Are There In Christianity?

Besides the three mentioned above, the Catholic Church recognizes seven archangels through Byzantine tradition. Lists of "angels" also exist in occultist or superstitious religious traditions.

An archangel (/rkendl/) is the highest-ranking angel in the angelic hierarchy. Despite the fact that the term "archangel" is typically linked with Abrahamic religions, beings that are very similar to archangels can be found in a variety of other religious traditions. Michael, Gabriel, Raphael, and Uriel are the four archangels who are most frequently encountered.

The English word archangel is derived from the Greek word o, which means 'principal angel' or 'angel of origin'.

Some branches of the faiths mentioned have identified a group of seven Archangels, however, the names of the angels vary depending on where the information came from. The archangels Gabriel, Michael, and Raphael are always named; the other archangels vary, although the most frequently cited are Uriel and Michael.

In The Religion Of Zoroastrianism

Zoroastrianism, according to an increasing number of scholars in anthropology, religion, and philosophy, contains the earliest distillation of primordial belief in angels.

Among the Amesha Spentas (Avestan: Ama Spta, which translates as "immortal holiness") of Zoroastrianism, the archangels are often compared to them. It is their particular eternal bodies that act in the physical realm in order to protect, guide, and inspire humanity and the spirit world, and it is this that they are known. The Avesta provides an explanation of the origin and nature of archangels, also known as Amesha Spentas.

Besides Ahura Mazda, six more Amesha Spentas were distinguished from themselves, and they were all involved in the formation of the physical cosmos, alongside Spenta Mainyu. And he oversaw the development of sixteen areas, each of which was imbued with a specific cultural catalyst designed to promote the formation of distinct human populations. The Amesha Spentas were tasked with protecting these sacred areas and, by their emission, it was believed that they could also align each individual people in service.

The following are the Amesha Spentas:

In The Religion Of Judaism

The phrase (malakhi Elohim; Angels of God) is used in the Hebrew Bible to refer to these beings. The Hebrew word for angel is "malach," which literally translates as "messenger," because the angels (malakhi Adonai; Angels of the Lord) are God's messengers who carry out various missions - for example, "angel of death"; and (ha-q'doshim; the holy ones) are beings who have traditionally been interpreted as A variety of other phrases are employed in later writings, such as (ha-elyonim, the upper ones, or the supreme ones).

The Hebrew Bible's canonical passages make no explicit mention of archangels, and there is no evidence that they exist. In post-Biblical Judaism, certain angels came to be associated with particular events and persons, and they evolved distinctive personalities and responsibilities. Despite the fact that these archangels were thought to have had positions among the heavenly host, no systematic hierarchy was ever established.

Metatron is regarded as one of the highest of the angels in Merkavah and Kabbalist mysticism, and he is frequently depicted as a scribe in both traditions. He is only briefly referenced in the Talmud, but he is a notable figure in the Merkavah mystical literature. A number of Merkavah mystical literature, including the Book of Daniel and the Talmud, make reference to Gabriel as a figure of authority. The literature of the intertestamental times contains the earliest mentions of archangels.

Each of the twelve archangels is allocated to a specific sephira in the Kabbalah and the angels of God and their duties are mentioned below: 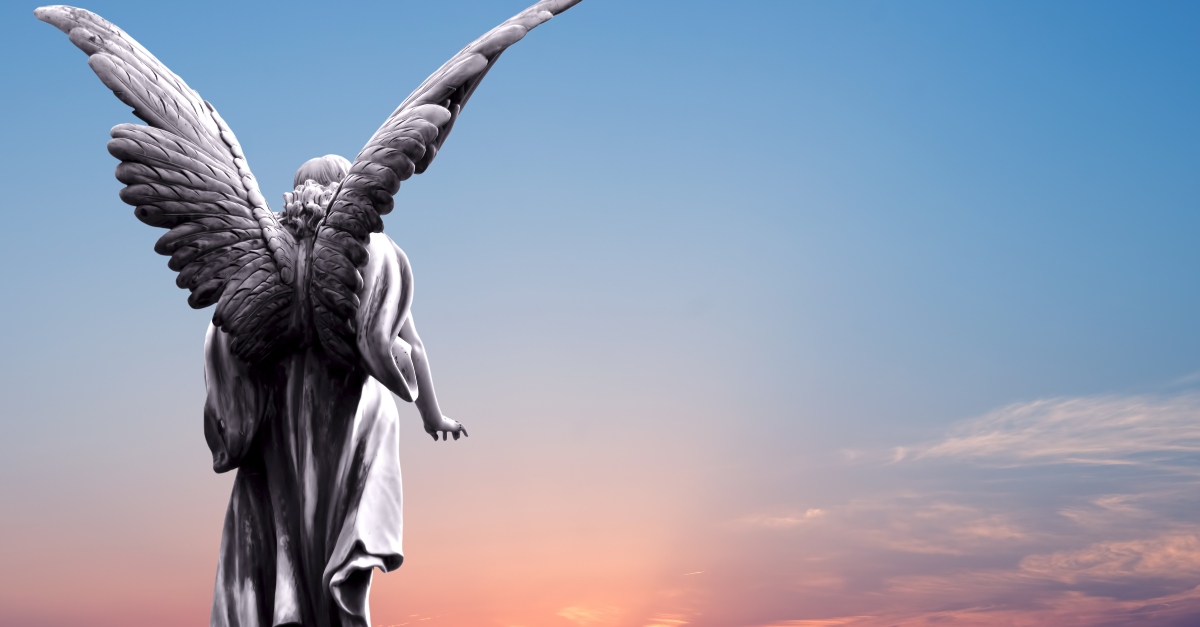 An angel statue in the evening

In Catholicism, three people are mentioned by their first names:

On September 29, these three people are honored in a joint liturgical service. Previously, each person had his or her own feast.

The book, which contains references to the angel Uriel (as well as to the "archangel" Jeremiel), was popular in the Western world and was frequently quoted by Church Fathers, most notably Ambrose. It was never considered a part of the Catholic biblical canon, however, because it does not mention the angel, Uriel.

Orthodox Church Of The East

Although the Eastern Orthodox Tradition speaks of "thousands of archangels," only seven archangels are specifically revered by name.

There are four in all, with Uriel being the most prominent, and the others being Selaphiel, Jegudiel, and Barachiel being the least (an eighth, Jeremiel, is sometimes included as archangel).

It is the Orthodox Church's celebration of the Synaxis of the Archangel Michael and the Other Bodiless Powers on November 8 of the Eastern Orthodox liturgical calendar, which is a day dedicated to the protection of the faithful (for those churches which follow the Julian Calendar, November 8 falls on November 21 of the modern Gregorian Calendar). On March 26th (April 8th), there is a feast day dedicated to the Archangel Gabriel, and on September 6th there is a feast day dedicated to the Archangel Michael at Colossae (September 19). In addition, every Monday throughout the year is devoted to the Angels, with particular emphasis placed on the archangels Michael and Gabriel, who are specifically mentioned in the church. Each angel in Orthodox iconography is represented by a symbolic image.

Three angels are given names in the standard Protestant Bible: "Michael the archangel," "the angel Gabriel," and the third, "Abaddon"/"Apollyon,". When it comes to Protestant communities, the Anglican and many Methodist traditions recognize four archangels:

The Catholic Church, on the other hand, recognizes only one archangel: Michael the Archangel. In some Anglican churches, stained-glass windows depicting the seven archangels can be found, however, this is not universal. Aside from the aforementioned angels, the names Chamuel, Jophiel, and Zadkiel are also depicted in this instance. According to the ecclesiastical calendar, they are celebrated on September 29, known as "Michaelmas." According to the evangelist Billy Graham, there is only one figure clearly designated as an archangel in Sacred Scripture, and that is Michael.

As far as the Seventh-day Adventists are concerned, the titles "Michael" and "archangel" are used. However, according to the Adventist viewpoint, they merely relate to his duty as the chief of angels. According to Adventists, nonconformist clergyman Matthew Henry was a supporter of this viewpoint.

Why Bible Accurate Angels Are So Creepy

The Islamic Perspective On Angels

In Islam, the archangels who have been mentioned in the Islamic exegetical traditions are as follows:

Angel Gabriel is claimed to be the archangel in charge of conveying God's revelations to all prophets, including Muhammad, who is said to have received the Quran and been induced to recite it after being shown it. Several hadiths (traditions) highlight his role in conveying communications from "God the Almighty" to the prophets, and he is mentioned in several of them.

In Arabic, Michael is known as Mka'l or Mkal. Michael is frequently represented as the archangel of mercy, and he is credited with bringing rain and thunder to the planet Earth.

Raphael (also known as Israfil or Raf'l in Arabic). Some Muslims believe that the angel of the trumpet is the one who will sound the trumpet to herald the arrival of the Day of Judgment.

Azrael (Azra'il in Arabic, also known as Malak al-Maut, which literally translates as "angel of death") is taking the soul of a deceased person to either paradise or hell.

The archangels are sometimes shown as having bigger wings in the artwork. Gabriel, Michael, Raphael, and Uriel are some of the archangels who are most frequently shown in art.

What Do Angels Do For Us?

For example, angels' responsibilities include transmitting God's revelations to mankind, worshipping God, keeping track of everyone's acts, and removing the soul of the deceased from the body after they die.

You are taught in chapter two of the Bible that God created the universe, including the heavens and the earth, as well as everything in them. According to the angels in Christianity belief and faith, angels were created at the same time as the earth was founded, possibly even before human life was developed on the planet.