The Brief History Of Christianity And How It Affected The World 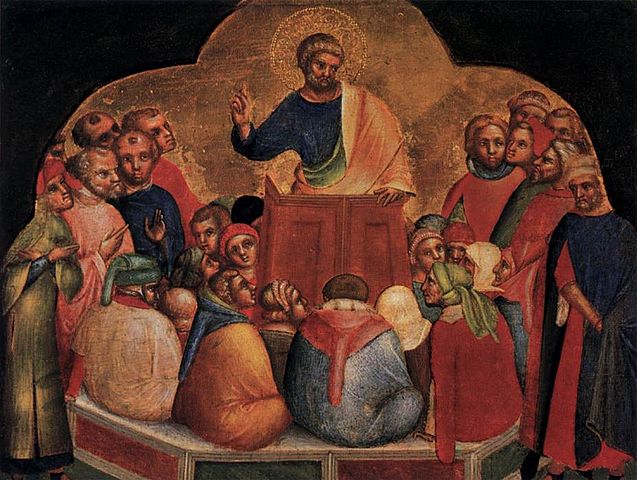 History is an important part of most people's lives. We learn more about history when it shows up. One aspect of history that we are interested in is the history of Christianity. And since Christianity has existed from 2000 years ago to the present, it is important to understand its history so that we will know some important things about it because it is affecting our lives as well.

Christianity For Most People

Christianity's essence and identity. Christianity, at its most basic, is the faith tradition that centers on the figure of Jesus Christ. Faith in this context refers to both the believers' act of trust and the content of their faith. Christianity, as a tradition, is more than a set of religious beliefs.

But Christianity isn't just about 'traditions' it is also about making an effort and making sacrifices to preach to people and make disciples.

When Did Christianity Start? 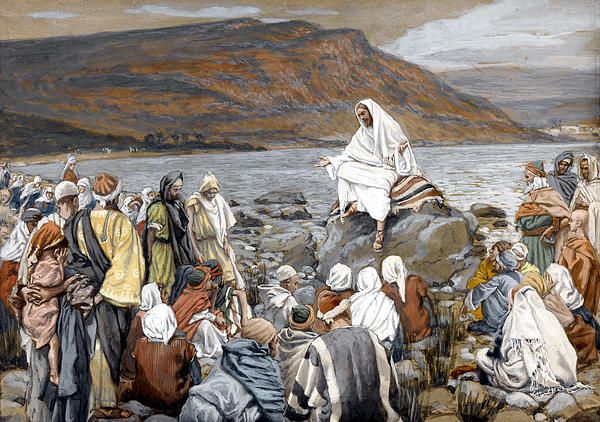 Jesus sat on the rock, commanding his followers to make disciples

"You will be witnesses of me both in Jerusalem and in all Judea and Samaria and to the most distant part of the earth." This was Jesus Christ's last command to his followers before ascending to heaven in 33 C.E. They did exactly what Jesus said they were going to do. And that's when Christianity started.

They spoke "about the magnificent things of God" ten days after that, at Pentecostes, the Holy Spirit came down on around 120 disciples who were waiting in Jerusalem. On the same day, about 3,000 people were baptized. Within a short time, the disciples of Christ "filled Jerusalem with their teaching" according to Acts 5:28. As a result of this, the number of disciples kept multiplying in Jerusalem very much. 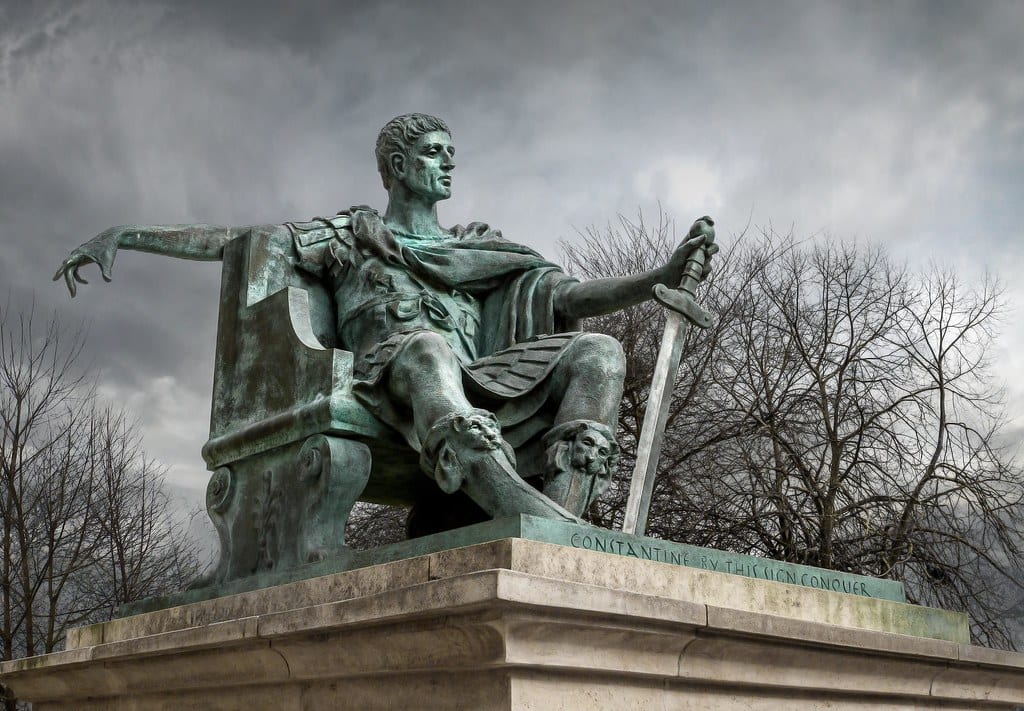 The statue of Emperor Constantine

Many people who say they are Christians have been told that Constantine the Great was one of Christianity's most important supporters. They say he saved Christians from the pain of Roman persecution and gave them religious freedom. People say he was very religious and wanted to spread the word about Christianity. He was also a very good follower of Jesus. A lot of different churches have called Constantine and his mother, Helena, saints. This is because they believe they are good people. It is on June 3 or, if you follow the church calendar, on May 21.

Did He Ever Become A Christian?

Note: "Constantine never gave up sun-worship and kept the sun on his coins." A quote from the Catholic Encyclopedia: "Constantine showed equal favor to both religions." During his time as Pontifex Maximus, he kept an eye on the worship of the heathens and defended their rights. He didn't become a Christian.

The Effects Of Constantine's Efforts

As the Roman Empire's religious leader, Constantine tried to get the bishops of the apostate church to like him. He said that he would give them jobs and money as officers of the Roman State religion. The Catholic Encylopedia says that some bishops were "blinded" by the richness of the court and thought the emperor was an angel of God, a sacred person, and that he would one day rule in heaven like the Son of God.

As apostate Christianity became popular with the government, it became more like the rest of the people in the world, and less like Jesus Christ. A lot of Christianity was mixed with things that were not true or "false", like the Trinity, the immorality of the soul, hell, purgatory, praying for the dead with rosaries, and so on.

When we see the Christians start to spread outside their home country, they're following a path that other Jews have already taken. It's likely that more Jews live outside of Judah than live inside Judah. The distribution of Jewish people is called the Diaspora, and we know that there were large Jewish communities in most of the big cities in this country, from Iran to Spain. It was very common for the Jewish population to spread all over the Roman Empire.

And also, Professor J. W. Thompson said that Christianity spread quickly across the Roman world because it was not only talked about but also took root. By the year 100, most of the countries that bordered the Mediterranean had at least one Christian community. In many provinces, there were several groups. From the people who were its first followers to the people in the upper levels of Roman society, it looks like the growth of the religion was very fast as well."

Today, modern Christians are still suffering from what happened in the history of Christianity, more false religions are rising to a higher level. But we're not focusing on that, because there are also good things that happened and are still happening today, as a part of what Jesus told his followers "Also, in all the nations, the good news has to be preached first" and that exactly what is going on right now. There is one organization that is fulfilling this command from Jesus. Right now they are preaching in all nations in different types of languages and they have amazing tools that are really helpful for them to imitate Jesus's art of teaching.

We observed how Christianity began and expanded around the world as we followed Jesus' footsteps and his command to his followers to preach in all nations. History has two outcomes: good and negative. Good because Jesus' command is being fulfilled today, with true Christians preaching and portraying what true Christians are.And bad because there are false religions existing They do not do what Jesus ordered his followers to do, "preach", and they are now involved in every terrible accusation in this system. History may teach us what to believe in the present, so be careful about who you trust. It's clear in their actions and how they imitate Jesus' steps.