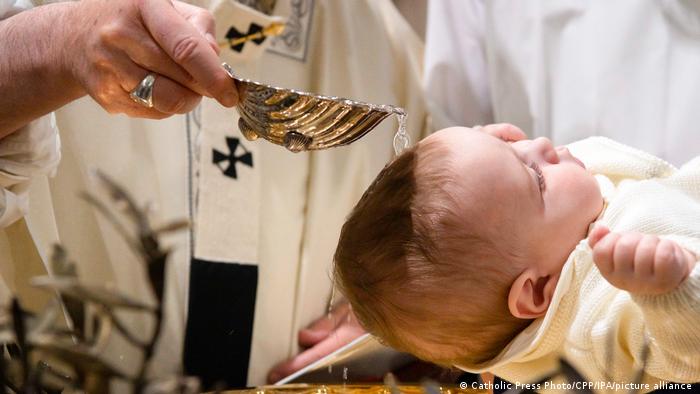 Baptism (from the Greek: baptisma, romanized: báptisma) is a Christian ritual of entry and adoption into the Christian religion that is almost always performed with the use of water.

When performing the ritual, water is sprinkled or poured on the head, or the person is submerged in water either partially or entirely. The ritual is generally conducted three times. Baptism is regarded as a sacrament in the majority of churches, and as an ordinance in a minority of them. Christian Baptism according to the formula, which is practised by the vast majority of mainstream Christian denominations, is seen as the foundation for Christian ecumenism, or the concept of Christian unity among believers.

Baptism is also referred to as christening, but some churches reserve the term "christening" for the baptism of babies only. Baptism is the gateway to church membership in some Christian groups, such as the Lutheran Churches, with candidates taking baptismal vows before becoming members. 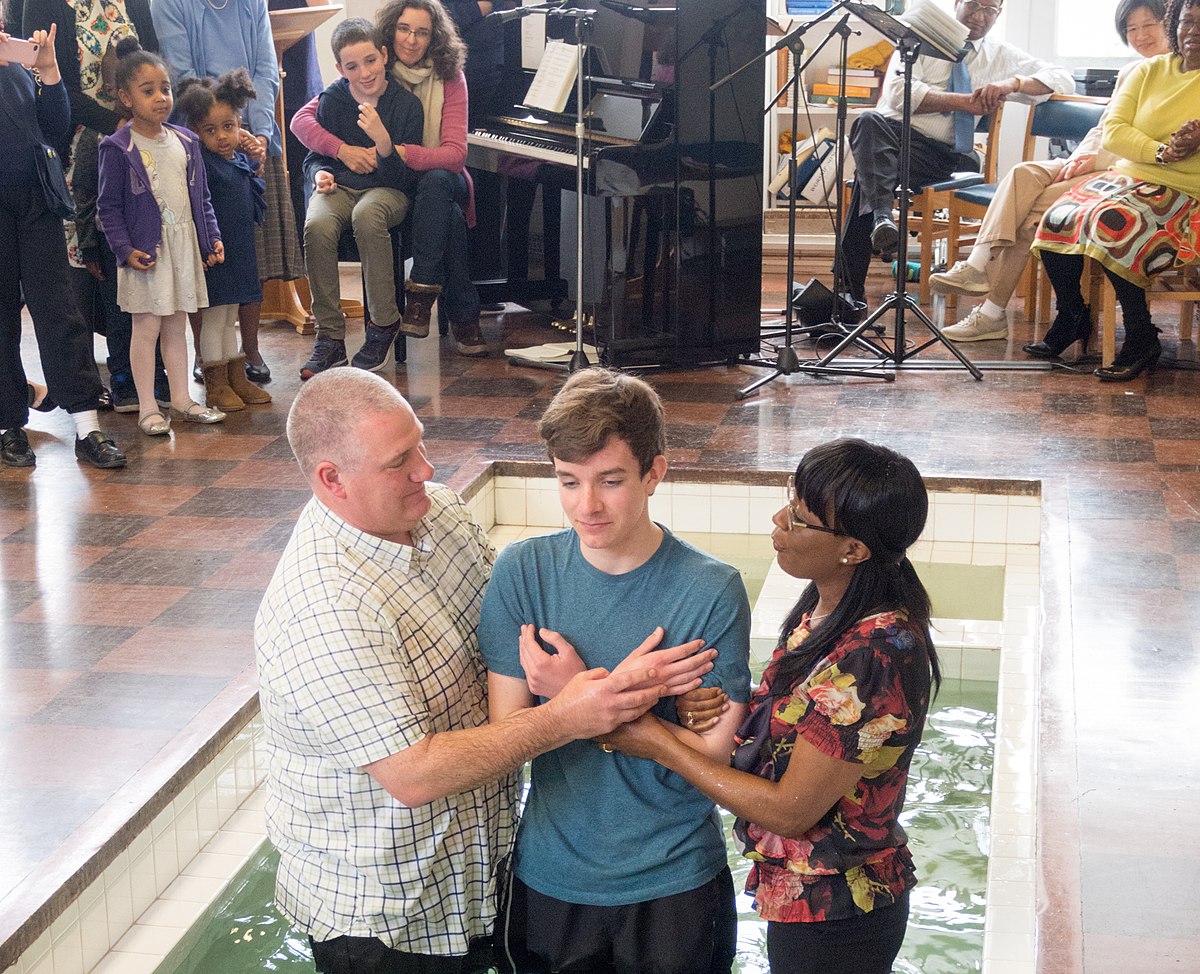 As early as the first century AD, martyrdom was recognized as "baptism by blood," allowing martyrs who had not been baptised by water to be saved. Later, the Catholic Church recognized a baptism of desire, according to which persons preparing for baptism who die before actually receiving the sacrament are regarded to have received salvation. Some Christians believe that baptism is required for salvation, whereas others, such as Huldrych Zwingli (1484–1531), believe that baptism is not required. Water baptism is not practised by Quakers or the Salvation Army in any form whatsoever.

The manner and mode of baptising as well as the idea of the significance of the rite differ among different denominations that perform water baptism. Although most Christians baptise using the main formula. While more than half of all Christians baptise children, many others, such as Baptist Churches, do not recognise baby baptism as a valid form of Christian initiation.

As a result of the Sixth Ecumenical Council (Synod) of Constantinople, certain faiths, such as the Eastern and Oriental Orthodox Churches, provide the person being baptised with a cross necklace that they are required to wear for the rest of their lives. Additionally, the term "baptism" has been used in a metaphorical sense to refer to any ceremony, trial, or event through which a person is initiated, purified, or given a new name.

Baptism can be performed in a number of different ways.

The following is the proper way to baptise: [The first half of the Teaching, "The Ways of Life and Death,"] after having repeated all of these things, baptise under the influence of running water. If you don't have access to running water, you can baptise in still water instead. The water should be cold, but if you do not have access to cold water, mild water will suffice. Even if you don't have either, you can simply pour water on your head three times while praising God.

The term "immersion" is also used to describe a type of baptism in which water is poured over someone who is standing in water without the person being submerged in the water. It is the style of baptism in which the applicant stands or kneels in water and the water is poured over the upper half of his or her body which is referred to as "immersion" as opposed to "submersion".From the 8th century, this type of baptism began to be phased out in favour of affusion baptism, but it continues to be practised in Eastern Christianity.

A priest pouring water over the baby's head for baptism

In the Eastern Orthodox Church, baptism via submersion is practised (Sophia Cathedral, 2005). Baptism through immersion in the Jordan River was a popular choice for men in the area. The term "submersion" comes from the late Latin (sub - "under, below" + mergere "plunge, dip") and means "to be submerged in water." It is also referred to as "full immersion" in some circles. It is a type of baptism in which the water totally covers the candidate's body and is performed underwater.

Submersion is a practice that is followed by the Orthodox Church as well as various other Eastern churches. Baptism by submersion is utilized in the Ambrosian Rite of the Catholic Church in the Latin Church of the Catholic Church, and it is also one of the options available in the Roman Rite of Baptism of Infants. In some religious communities that have sprung up after the Protestant Reformation, such as Baptists, it is considered a legal requirement.

This baptism in Georgia is enough to make your head spin

Who Can Baptize You?

The deacon, however, or another cleric in his absence or in the event that he is impeded, or any other Christian faithful; even the mother or father, if another person is not accessible who understands how to baptise, can administer the sacrament of baptism in the situation of necessity."

Because it symbolises the forgiveness and cleansing from sin that comes as a result of trust in God, baptism is significant. In baptism, one's confession of faith and belief in the message is publicly acknowledged and validated. It also represents the sinner's ascension into the ranks of the community of believers.